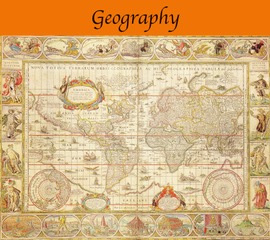 I have always been a vagabond. Dual citizen since birth, I was brought up in a diplomat’s suitcase, finding homes all over the world, from England to Korea, from Iran to the Oregon coast. I have been everywhere a foreigner and at home, but never entirely settled in any one place. This is the first time I have found myself addressing this issue directly as an artist. Place has always had a big influence on what I write, but never more so than now – each of the different landscapes that inspired these songs fed me in a different way and each gave me a distinct kind of music. What unites them is my curiosity, my joy in each place, and the process of my grief. And they seemed to come in pairs…

For several years now I have led a somewhat triangulated life, bouncing between New York, the British Isles, and Europe. What took me back initially to the UK was the illness and eventual loss of my mother. I returned to the family home in Cotherstone, upper Teesdale, to take care of her; I had to stay put in a part of the world I have loved since childhood but only truly came to know through the hard and also beautiful months of her dying. Walking the moors was my daily solace, and As I walked out (trk.7) came tumbling out, fully formed, over the course of 3 consecutive afternoons – a 13-verse bardic ballad, not my usual fare… Lullabye (trk.10) I wrote for my mum during her last weeks.

On a visit to friends in the Scottish Highlands, I swam in two lochs on the way up and two on the way down – the Four Lochs (trk.13): Tummel and Rannoch, Vaa and Ba (cold!). Another trip, to the west coast this time, resulted in Skye Boathouse (trk.1). Actually, the second part of this track (the traditional music of the British Isles is often played in pairs) is called A Singing Gatepost: many of the country gates are made of tubular metal, with extra holes for reconfiguring, and when the wind blows they whistle. The gate in the back lane behind my parents’ old house sings in A…

I’d never written an American country tune, but now I have two: Triangulation (trk.4), written in Cotherstone, and Queen of Denial (trk. 5), written when I first returned to New York after my mother’s death, her ashes sitting on my piano.

Dos Islas (trk.6) is my first song in Spanish, about two very different islands, Menorca and Manhattan, both of which “toca mi corazon” – touch, and play, my heart. The companion piece, New York Wild Life (trk.3), speaks for itself. It actually began life a long time ago, and is dedicated to the memory of Tim Luntzel, bass player and human being extraordinaire, with whom I first played the song (and many times thereafter).

As is often the case with my music, some of it began life in the theater: Peter’s Dream (trk.11), ecstasis, briefly remembered (trk.12) and the intro to The Lovers (trk.2), all originated in Septimus & Clarissa, a New York theater piece based on an English novel (thanks to Ellen McLaughlin and Rachel Dickstein); the lovers themselves began life as Romeo and Juliet (thanks to Shana Cooper). And both Peter’s Dream and The Lovers definitely come from the chamber music corner of my brain…

And finally two pieces came from letting a new instrument tell me what it wanted to do, in this case the mandola: Swimming and Sicilian Rooftop (trks 9 & 10), both written while at the beautiful Akrai Residency in Sicily (www.akrai.org – thank you).

It turned out that the first recording session was the day after I was diagnosed with cancer. The long months following would not have been possible without the amazing support of my community, whom I thank with all my heart. But it was also wonderful to have this project to focus on as I wrestled with my own illness so close upon the heels of my mother’s death. It has been a peculiar time in my life, and it has led me to a kind of music I could not have made otherwise. Happily I have had extraordinary musicians,friends and supporters to share the journey with – I count myself incredibly fortunate. Thanks to one and all, but particularly to John Kilgore, without whom this recording neverwould have happened.

This is my testimony to the past few years, to what I have loved; a world of beauty to put on the scales against the dark times we live in. It is the closing of one chapter in order to begin the next. Love and beauty, joy and sorrow – ay, que vida….

All music and lyrics by Gina Leishman

by John Kilgore and Gina Leishman

Special thanks to John Kilgore, and to all the wonderful musicians who helped me make this; and to all my Kickstarter supporters, especially Bella Bardswell, John Gilbert, Christina Maile & Prahba