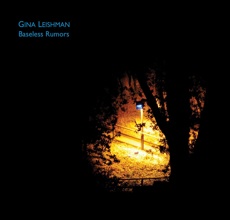 1. LAMP AGAINST THE DARK was written during a glorious residency at Montalvo Arts Center in northern California, as part of the Lucas Artists Residency Program. The studio was a dream come true, except for a small street lamp across the creek that shone not only onto the path in the woods but into my eyes at night, until Tony put a blue gel on it and suddenly I was transported to both England in the 1950s (when all police stations had little blue lights outside that were the very symbol of safe haven) and to Narnia… the title actually comes from a line in a Connie Converse song.

2. ELEGY was originally written as part of Burning Dreams, a 2-act opera I wrote in the early ‘90s, with a libretto by Julie Hebert and Octavio Solis, and commissioned and directed by Sam Woodhouse at San Diego Rep.

3. STORYTIME began as part of the score for Flock, a theatre piece about a woman and a bird that I collaborated on, with (and for) Joan Schirle of Dell’Arte. It then became the music for a spoken story, and finally stands alone.

4. MONTALVO WALTZ was inspired by the beautiful Italian villa at the center of the residency grounds.

5. RED HAWK DOWN – Wild fires are a part of life in California, but I was struck by a story told me one afternoon, driving through the golden hills, of a red-tailed hawk that hit a power line, caught fire, plunged to earth and set off a 100,000 acre wildfire in the Sacramento Valley. The following morning, while walking in the formal gardens of Villa Montalvo, I came across an Italian marble statue of Adam and Eve embracing, complete with fig leaves and winding serpent. That afternoon I wrote this song.

Flaming body falling from the sky
Like Icarus, doomed ‘cause you flew too high
Or you flew too low
Eeny meeny miney mo
Catch a wild fire by the toe

Was this the fall from grace in the garden of Eden?
Tripping on the snake in the grass
As she walked toward Adam and even then
Was it just a twist of fate
Another beat it would be too late to care
Lines of power lines of dread
Bump into one and you wake up dead

6. MONTALVO NIGHTS – late nights with a turn of the century grand piano.

8. THE GOLDEN VANITY is a traditional ballad that I grew up with, given a new setting (pace, Soozi Prentice)…. (and yes, I sing some of the words backwards – that’s the glory of folk music…)

9. THE WAKE – sound loops and improv…

– Intermission (this is where you would turn the record over)

from Mariam Webster
Pentimento: a reappearance in a painting of a design which has been painted over. [Etymology: Italian, literally, repentance, correction, from pentire to repent, from Latin paenitere]

Much of the music I have written over the years is for the theatre, and once the performances are over, the music disappears. But some things just keep coming back. Hence the following PENTIMENTI

10. #1 PENTIMENTO is two-fold: the first part comes from Portraits, written for Kamikaze Ground Crew (commissioned by Chamber Music America), with a coda that originated in a score for Shakespeare’s Cymbeline.

11. #2 -THE SMELL OF BURNING – The text comes from Ellen McLaughlin’s play Iphigenia And Other Daughters. It was not originally sung, only spoken…

The smell of burning is in the air
Carried to us from the battlefields we can never see
Ash of buildings, of bodies of children finds us here
Drops itself exhausted into the furrows of our fields
And spring is false again
We bear nothing, we bear all
We are blind to what is killing us
But we smell it in the wind

13. #4 – ONLY THE STARS was originally for a project that never ultimately happened. 20 years later, it might, but not necessarily including this…

The pale moon rises on a silver world
There they are in all their beauty wild
Not a breath, not a whisper
Not a sound at all
Only the stars, only the stars

14. #5 – HOME is from a score for Brecht’s Mother Courage (translated by David Hare), for a production directed by Lisa Peterson, who has provided the impetus for much of my theatre composition.

You plant a rose in March, you see it grow
A garden blooms, it’s what a home is for
The seed becomes the bud becomes the flower
The blossom fades, in time you plant some more

16. THE WEAVE – another piece made with Joan Schirle, who also belongs in my pantheon of great theatre folk who have made me write – thank you.

Recorded May 2009 and May 2010, mixed Sept/Oct. 2010, by John Kilgore & Gina Leishman at JKSR
Mastered by Bob Ludwig, Gateway Mastering
Thanks to the wonderful musicians who made this recording possible; to the folks at Montalvo, especially Tony; thanks to all those listed above; to Soozi Prentice, and again to everyone at John Kilgore Sound and Recording.